The British Royal Mint has used Static Intercept for some time now. Recently, there's been widespread controversy over Britain’s decision to exit the European Union. Presently, things seem to be getting even more complicated.

Britain’s departure from the EU, the value of the pound sterling, and its effects on international trade markets are large problems to tackle. Consequently, the British economy is facing devaluation and even devolution, according to some.

In these tough economic times, the British people want to ensure that their currency stays protected. Emphatically, Static Intercept does exactly this -- albeit in a more literal way then you’d imagine. Intercept Technology™ is used by the British Royal Mint to safeguard their currencies from degradation and to ensure their protection.

Role of the British Royal Mint
Intercept Technology™ preserves coins and medals made of gold, silver, bronze, copper, and more. 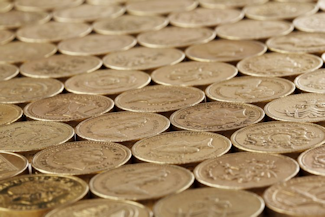 The British Royal Mint has been in existence for nearly 1100 years. Without reservation, it is recognized as the world’s leading export mint. As a matter of fact, it maintains the production of coins and medals for an average of 60 countries.

The British Royal Mint’s importance to the UK and global economies as a whole is evident. Their preference for Intercept® as a means of protecting their coinage speaks to our products’ dependability and effectiveness. The Royal Mint claims its first responsibility is, “to make and distribute the UK’s coins” and they've certainly lived up to their mission statement! The Royal Mint estimates that there are currently 28 billion of their coins in circulation within the UK. That’s quite a bit of minting!

Also, in addition to the production of coinage for practical purposes, the Royal Mint crafts commemorative coins. These require a great deal of skill, imagination and artistry.

Historical Relevance
The Royal Mint Museum has one of the finest collections of coins in the world. 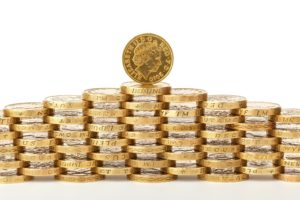 In order to preserve the historical importance of its coinage and give recognition to the creative forces behind their designs, the Royal Mint has established its own collection and museum.

The Mint declares that, “coins have become valuable historical artifacts that can illuminate the economics and technology, the art and politics, the religion and ceremonies of a people”. We couldn't agree more with this statement.

Their collection today contains nearly 80,000 pieces and by displaying the currencies it has produced throughout the entirety of its existence, the mint gives people the ability to learn about the past.

The Role of Static Intercept
Intercept Technology™ is the preferred choice for museum, archival, and preservation of gold, silver, bronze, copper, brass, iron, and steel. 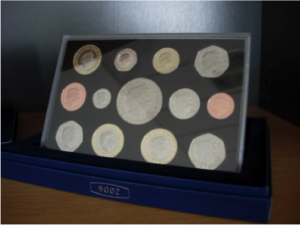 Our role in the preservation of the Royal Mint’s coinage and medals is something we are proud of. Coins represent value – both monetary and sentimental. Individuals utilize the Royal Mint’s currency as a means of spending and saving, as precious objects to collect and as relics of the past.

"Regardless of the usage, Static Intercept is honored to take part in the process."

The British Royal Mint uses our anti corrosion products for a variety of reasons. For instance, because our propriety tech provides museum grade protection, it’s established itself as the pinnacle of non-volatile conservation. By REMOVING all non-essential fillers from the plastics in our products and by NOT incorporating the use of abrasives or silica gels, we create a perfectly clean and reliable means of protection. Our dedication to preservation makes Static Intercept™ the ideal safeguard for even the most delicate of relics.

Two Sides of the Same Coin
Intercept Technology™ contains no oils, no volatiles (VOCs), no contaminants, and does not outgas. 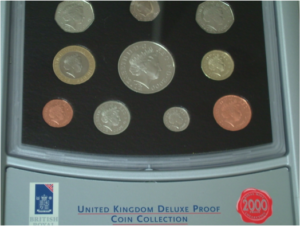 In conclusion, the British Royal Mint seeks out Intercept Technology™ because they’re experts in their field. Supplying countries around the world with currencies, they know the range of corrosives their coinage comes into contact with.

Without a doubt, during transit, the British Royal Mint’s packaging will come into contact with various caustic agents.

This is especially true in countries with lax environmental standards. As a result, silver, and other reactive metals used in their tender, tarnish quickly in these environments. With this in mind, proper care of coinage is of the utmost importance.

To this end, Static Intercept makes all the difference!