The consequences of what we release into the atmosphere are dire. We hear environmental protection and global warming issues discussed everyday.

For The Greater Good

While we can all agree that a “green” mentality is a good one to embrace, it often times conflicts with business, industry and economics.

Development at the Cost of Degradation 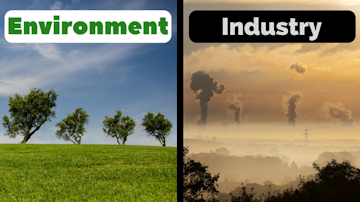 It appears as though there are two camps in this debate:

ONE THE ONE SIDE, there are those who believe that the environment should remain top priority; that we only have one earth and a considerable amount of the damage done to the environment is irreparable. For many folks, this is seen as a call to action and demands the utmost attention.

ON THE OTHER SIDE, there are those who believe that industry should take priority over environmental protection. In these precarious economic times, many individuals have lost their jobs due to the downsizing of manufacturing. For many folks, the need for economic revival and job creation takes precedent over environmental concerns.

I’ve worked at this manufacturing plant for 15 years. Who are you to decide it should be shut down?

This manufacturing plant releases potentially dangerous chemicals into the local environment. Who are you to determine that that's acceptable?

There are no easy answers.

Within the context of developing countries, this debate gets even more complicated.

Businesses partook in practices that would be prohibited under today’s laws during the industrial revolution. As nations like the U.K. and U.S. came to adopt new technologies and begin mass production, environmental concerns seemed to be the least of anyone’s worries.

Over the course of time, individuals and coalitions began to call these practices into question for their effects on the environment. The public became more educated on the implications and consequences of manufacturing on the natural world and began campaigning on its behalf.

Since then, concessions, regulations, and lobbying have become commonplace. Environmental activism and entrepreneurial enterprise often stand in disagreement with one another.

Environmental Concerns Within the Developing World 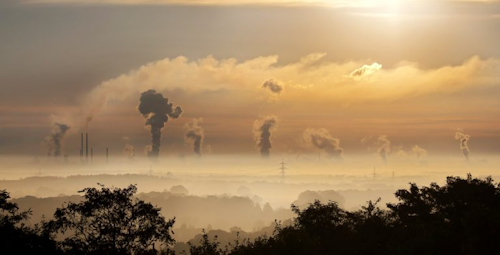 Countries still developing their economies and infrastructure have taken objection to the limits put on outward environmental pollution by global organizations.

The common argument is that while already developed nations are in a position where they can consider placing environmental protection over industry, developing nations are still in need of a larger carbon footprint in order to eradicate widespread poverty.

In essence, their argument is:

“Well, you guy’s had the ability to do whatever you needed, so why shouldn’t we? Just because we’re behind on our development doesn’t mean we should have more stringent regulations than you did”.

In all fairness, it’s a legitimate argument.

The world is more global now than ever before and this needs to be taken into consideration. At the same time, the pollution levels occurring in these parts of the world are extensive and frightening.

Let’s take a look at one example: China 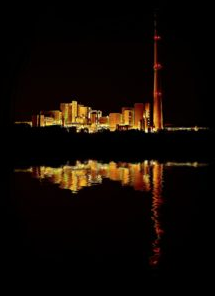 Considered by many to be a developing nation, China has the second largest economy in the world.

China is one of the largest environmental polluters in the world. As a matter of fact, scientists recently declared that some smog on the west coast of the U.S. initiates as pollution in Asia and carries over the Pacific Ocean.

Disposal of this much waste is not an easy task. China has determined that the easiest way to handle the overwhelming garbage problem is by incinerating it. While government-funded incinerators do this in an eco-friendly way, the majority of incinerators used DO NOT.

This a major problem and the greenhouse gases released during inadequate incineration have an effect across the globe. So, while developing nations are certainly in need of more carbon credits, the environmental impact of their industrial activities is of global concern. We'll reiterate - there are no easy answers.

However, Intercept™ Technology is cutting down on waste across the globe, striving for greater environmental protection and working towards making the world a cleaner place to live.

For all the reasons mentioned above, we've taken a keen interest in implementing Intercept™ Technology protection systems in developing countries. Our shrink films, tabs, and bags protect whatever they're stored with, ensuring 100% protection from corrosion.

The use of our corrosion protection systems results in longevity, less waste and increased environmental protection.

Intercept™ Technology takes pride in aiding companies and reducing carbon footprints around the globe. In working with developing countries, we know that our products are having an even greater effect.

As international companies are able to cut down on waste, environmental impact is lessened. Not only do profits increase, but fewer materials wind up in landfills.