UPS delivers 15.8 million packages a day worldwide. To squeeze every ounce of efficiency out of its operations UPS needs to focus on even the smallest things.

One of the things that UPS has done is use an algorithm to make its truck routes more efficient. Accomplished, in part, by minimizing the number of left turns -- and revising the routes -- its delivery trucks take. This may not seem like much to an individual driver, as many consumers see the world. However, on a global scale it adds up quickly.

UPS estimates that this program has drastically shortened routes. This in turn, saves 10 million gallons of gas and reduces CO2 emissions by 100,000 metric tons per year. Realization of these benefits, are largely due to their groundbreaking ORION routing system. 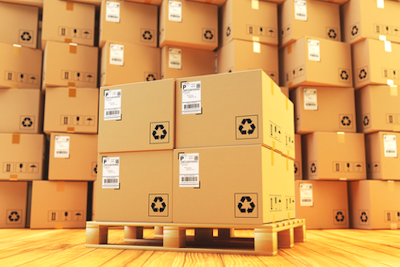 UPS has not completely eliminated left turns. Doing so could result in a comical route map of swirling loops of right turns. However, they have greatly reduced the frequency of left turns. With the elimination of each left turn, so too, is the time spent waiting for a turn. Consider also, the gas wasted while idling, and the increased probability of an accident. On a large scale this means more profit for UPS.

Parts suffering corrosion by the time they arrive to the customer, require replacement. This, of course, entails additional shipping and rework costs. Forgeries cost time and money to identify. Outdated methods of preservation (oils and greases) cost extra and often require additional cleaning and disposal. In the case of oil-coated plastic in Europe, it can result in the packaging being considered non-recyclable. Not to mention, the social stigma and higher disposal and handling costs associated with that. These are just some of the inefficiencies, that companies around the world use Intercept Technology™ -- to turn into profit centers.

A large steel company saw a reduction from slightly under 1% of rejections on its coils. This converted to zero rejections when upon switching to Intercept Technology™ coil bags. That fraction of a percent turned into hundreds of thousands of extra dollars of profit. It also resulted in happier customers and eliminated the need for expedited shipping of replacements across oceans. This is just one example of how a company can profit. Simply, from wringing every last drop of efficiency out of their operations.

As global competition heats up, the next series of winners and losers can often depend on the smallest of margins. Companies like UPS survive because they use points of weakness as opportunities to innovate. We at Intercept Technology™ pride ourselves at helping companies do just that, finding savings and increasing efficiency.