At the forefront, it is perhaps a challenge to concieve what the relationship between secession and rust protection might be. I usually stay away from writing about anything remotely political. Having been buried in political ads over the past few months, this is a given. However, in this post I address a potentially political topic.

The Central Idea of Secession

There are those who propose secession as an option for various regions, states, or counties. I personally do not think secession is a good idea. My thinking derives largely from the bloody consequences of the Civil War in 1861. However, I do revel in the comedy of the suggestion. My favorite is the aura of superiority I sense when I hear about the secessionists from Northern Michigan. To wit, they actually want to call their offshoot Superior. There are so many ways that Americans are bound together it would be a travesty. It would also be extraordinarily inconvenient, for a small group to break away. Further proof that secession isn’t all its supporters dream it to be is Scotland’s recent vote to not separate from the rest of the United Kingdom. Thusly, preserving their union (and their national animal the unicorn). 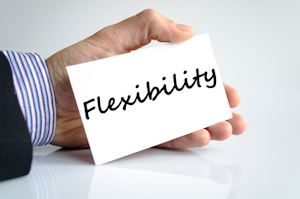 I also do not think that the rest of the United States would allow one state, or unit, to break away. But recently there has been proof that it might not even be a choice. What I am referring to is how rising waters can possibly impact Florida. Anything could happen within the next few hundred years. For example, it is possible that rising waters will cut off southern Florida from the rest of the state. I suppose that the two entities possess a certain disconnect already. However, I do not think that this is the way that anyone in their right mind would imagine separating.

The reason I bring this up is that there are challenges arising every day and what dictates ongoing success is how one adapts to changing circumstances. Companies who need corrosion and rust protection for their products during storage and shipment; labs needing contamination, ESD, and rust protection for samples and equipment and fixtures when not in use; and museums needing preservation and protection for humanity’s cultural treasures -- all utilize Intercept Technology™, each in their own way, but to the same result – protection without compromise and without oils and other volatiles.

Customers using our reactive barrier packaging called Intercept Technology™, are able to utilize its anti corrosion and permanently anti static nature in the form of bags, films and wraps. Intercept Technology™, through its many forms, is able to provide reliable ESD and rust protection for their goods and they benefit from its ease of use and the fact that the material has essentially no shelf life and once used provides a long, stable useful life. As things change we continue to find new applications and uses for our patented Intercept Technology™ that reliably provide long term corrosion and ESD protection, which is always volatile and oil free.