Oil... Tanks -- It’s no secret that the oil and gas industry has been in a downturn over the past decade.

Towards the end of 2014, however, oil prices began plummeting. For the average consumer, this seemed to be a good thing!

Lower gas and oil prices meant cheaper alternatives to heat your home with natural gas. The decreasing cost of gas and oil could be attributed to perhaps the most basic rules of economics: supply & demand. 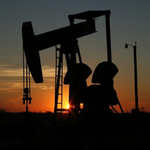 The U.S. is the 3rd highest producer of oil in the world. It ranks just behind Russia and Saudi Arabia. Towards the tail end of 2014 when oil production was at an all time high, the U.S. was producing enough oil to supply its own domestic need.

This resulted in Russia and Saudi Arabia seeking out new markets for their oil, which usually went to the U.S.

Overall, the wave of oil production and prosperity that ruled from the 1990’s to 2014 came to a quick halt in 2015. Oil companies began having to cut back costs dramatically:

Earnings are down for companies that made record profits in recent years. This has lead them to decommsission about two-thirds of their rigs and sharply cut investment in exploration and production. Scores of companies have gone bankrupt and an estimated 250,000 oil workers -- about half in the united Sates -- have lost their jobs. 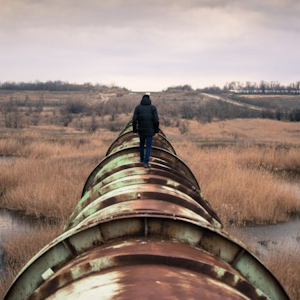 In response to the drastic plunge of oil prices/demand - and in addition to layoffs – oil companies ceased exploration and operation in many parts of the world.

An increase in budget reductions lead to a decrease in drilling. As companies began cutting back on expenses and therefore activity, supply began to fall and demand began to increase. The price for a barrel of oil has slowly been recovering and there’s been widespread speculation over how the oil and gas industry will perform in 2017.

The general consensus is that oil and gas companies will be timid, not wanting to overcommit and over invest. While market prices and competition appear to be stabilizing, this recent downturn has put many out of business and the remaining oil companies don’t want to fall victim in the same way others have:

Still, all of that means some companies -- now leaner and more productive -- will be more attractive for corporate mergers and acquisitions.

New York Times – “Oil Prices: What to Make of the Volatility”

As you can imagine, oil and gas operations take an extraordinary amount of time, capital, resources and manpower to establish. The three phases of oil production: pre-drilling, drilling and production are taxing.

Companies must prospect, procure land rights and achieve funding. Additionally, they must establish infrastructure and transport and erect their equipment.

All of the above requires years of time and planning and substantial financing. So imagine an oil and gas company that had completed these undertakings towards the end of 2014, only to have the market fall out from under them. Companies decided that operations would be put on hold due to output costs and a lack of returns. Countless operations around the globe remain in this very condition – a proverbial purgatory - waiting for the market to pick up.

How do these companies keep things in order until it’s time to initiate or continue oil extraction? 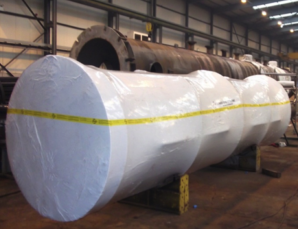 Shipping is expensive. If you ordered a last minute gift on Amazon this holiday and paid for express delivery, you don’t need us to tell you this.

Extrapolate those costs on a large scale, factor in the massive size of oil and gas equipment and you can start to picture how expensive oil production is.

Once oil and gas equipment is at the facility in which it’ll be utilized, companies have no vested interest in transporting them back and forth to other locations due to the high costs involved. This means that once rigs’ operations were ceased in late 2014/early 2015 that many pieces of equipment were stored in on-site warehouses.

But oil and gas equipment needs to be stored somewhere.

Typically comprised of ferrous metals, the equipment begins to rust when left exposed to the air. Pair the equipments’ metallic vulnerabilities with a completely stationary status and soon they begin to degrade... this also results in high costs.

Indoor storage of oil and gas equipment is too costly and improper outdoor storage results in degradation. In response to the problem, Xtend Packaging has started an outdoor storage initiative for equipment. As companies await the oil and gas industry recovery, Xtend is protecting their equipment. The oil and gas industry has unique demands for preserving machinery, equipment, and spare parts. Keeping these critical components in ready-to-use condition, while exposed to extremely harsh and severe environments, is difficult.

But there is a solution.

Rendering it inert and immune to external factors of corrosion, an item protected with Intercept™ Technology shrink film will be found in the same condition as the day it was wrapped. There’s no unwelcome surprises, no extended and expensive downtime.

Big or small, offshore or onshore, desert or arctic, Intercept™ protects, preserves, and holds your precious equipment ready for service.