The newest photos taking earth by storm, thanks to NASA and Ball Aerospace, are of our dwarf neighbor -- Pluto. The New Horizons probe flew 3.6 billion miles to Pluto and took pictures on its way by.

Think back to the smudge that Pluto once appeared to be through our telescopes. Contrast that, to the blurry images made possible by the Hubble Telescope. Now, take a giant leap up to HD photos.

High definition photos give us new insights into the dwarf planet. Firstly, it has water, as evidenced by the ice mountains. Secondly, that it is a relatively young planet, noting that its surface is unmarred with no impact craters. Instead, it has smooth areas and mountains. Even a NASA Geophysics team member exclaimed, “this is one of the youngest surfaces in the solar system”. Thirdly, that its moons may have water on them, too.

The discoveries have and will continue to change the way we think about Pluto. Indeed, they may even prove that it is a planet. Even so, getting such a camera to Pluto was a monumental task. Ralph is the camera which (or who if you choose to personify it) took the famous photos. Ralph's design is the result of a collaborative effort by Ball Aerospace in Colorado. In order to design the camera the company and its engineers had to take into account specific and extreme requirements. 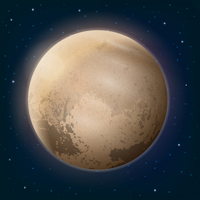 First, space is cold. The few hundred degree band of temperatures that humans experience does not do that kind of cold justice. Space is about 2.7 degrees Kelvin, roughly -270 degrees Celsius, -455 degrees Fahrenheit, or 2.7 degrees C above absolute zero. Absolute zero is the temperature at which atoms stop moving. At that temperature materials shrink. In order to accommodate for the cold, the majority of Ralph was made out of aluminum. Resultantly, when the camera shrunk, all parts of it would shrink together (proportionally as to not affect the focal length).

Next, NASA gave Ball Aerospace certain requirements, weight, energy usage, and time for production. Weight and energy use are directly correlated. Any weight not used for the camera would be used to carry (and generate) fuel/energy which would be used to power the probe as well as the camera.

Finally time. The whole mission was on a tight timetable and no one piece could be late. Being late, would equate to delaying the whole mission. If any one of these requirements failed, we may never have seen these glorious images.

Although these challenges and solutions are extreme -- after working with Intercept Technology, I do not think so. Every job has its own set of challenges and whatever you use and whoever you work with to accomplish it must be up to the task. We are proud of our work with both of these organizations, NASA and Ball Aerospace, and I like to think that in some small way I contributed to these monumental discoveries.