Is there anything better than lobster? Few things beat the luxury of a delicious seafood meal.

You grab your weapons of choice – cracker tool, fork, pick, etc. – crack open the shell, search every square inch for meat and dip it in butter. I’m getting hungry just thinking about it!

Interestingly, I have multiple family members who claim NOT to like lobster – not due to its taste, but rather from its work/reward ratio!

Whether you're living as a lobster or catching them for a living, life at sea is hard work. Here's a list 10 lobster & fisherman facts to highlight the difficulties of life at sea! 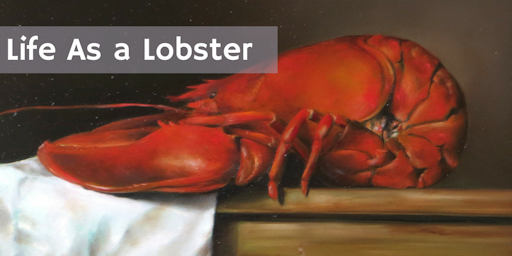 The life of a lobster entails a great deal of work -- from managing the molting process (the shedding of its exoskeleton in order to accomodate growth), to managing 5 pairs of legs (4 pair for walking and moving around, and one pair for claws), to working with its uniquely placed gills (instead of lungs), different sense organs, and a nervous system that has ganglia -- accomplishing survival for up to 100 years on some counts. 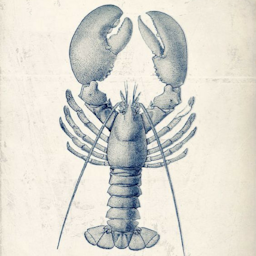 #1. -- Lobsters were thought of as an abhorrent "poor man’s food" for the majority of human history.

Lobsters have had it rough right out the gate. It was almost universally hated for it’s lack of taste, lack of meat and it’s “bottom-dwelling” nature. It wasn’t until recently that lobsters underwent a complete 180° and became considered a delicacy.

It’s a hard knock life, yes indeed. With a survival rate of about 3%, the vast majority of a female lobsters' babies are fated for a particularly short lifespan. 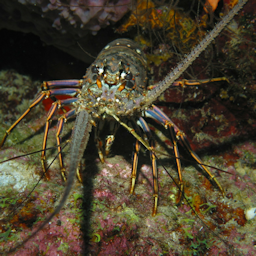 Despite those big eyes of theirs, most lobsters are blind. While all deep-sea lobsters are completely blind, some species have compound eyes, which allow them to detect movement – not images. 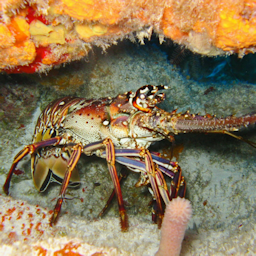 It’s opposite day down at the bottom of the sea. Imagine if we tasted everything our leg’s touched…yuck! 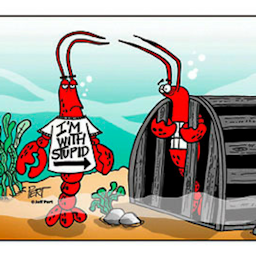 While we can say lots of endearing things about lobsters, their intelligence is not one of them. They're invertebrates, their brains are the size of a grasshopper’s and - overall - they’re not too bright. 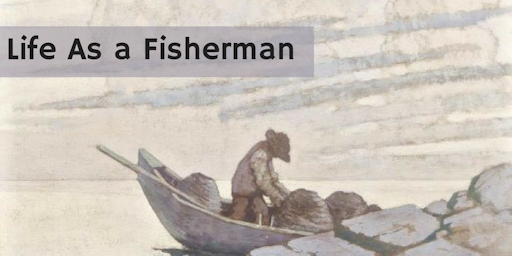 Reviewing the above facts, the life of a lobster is most certainly hard work. The fisherman that catch them can most likely empathize though, considering that their jobs are hard work as well! 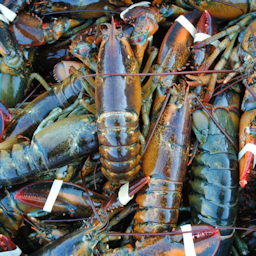 #6. -- The average small fishing boat needs to catch about 150 pounds of lobster a day.

Rising costs of fuel and bait are making it harder than ever for small fishing vessels to adequately compensate their crews. State’s where fishing is a major industry and source of revenue – like Maine - have a strict limit on the number of fishing licenses issued to commercial vessels, yet lobster prices continue to drop. 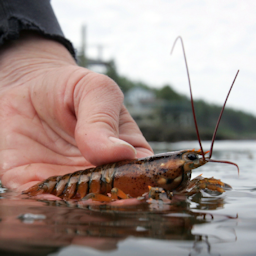 #7. -- Fisherman can’t catch lobsters that are too big or too small.

Fishermen need to find a happy medium when it comes to their catch. Measuring from the eye sockets to the beginning of the tail, a lobster that measures 3¼ inches and under, by law, must return to the water. Lobsters 5 inches and over, must also return to the water. These regulations exist in an effort to sustain healthy local lobster populations. 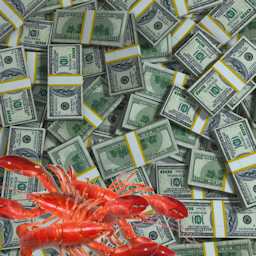 At the current going rate of about $11/lb., that means that fisherman are bringing in around 27,000,000 pounds of lobster every year. If the average lobster weighs about 1½ pounds, then fishermen are taking in approximately 18,000,000 lobsters per year. That’s a lot of fishing! No wonder the average fisherman’s workday starts at around 4 A.M. 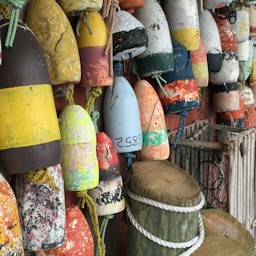 #9. -- Licensed commercial fishermen in Maine are only allowed 800 lobster pots.

That may sound like an excessive number, but when you consider how quickly a fishing vessel can run their lines and pick up the pots they put out yesterday, you realize the weight of importance placed on each pot. If fishermen place their lobster pots in a bad location with no lobsters, nobody gets a paycheck!

It’s true. The design of the lobster pot has hardly changed at all since its inception around 200 years ago. The only substantial difference is that now the opening of the lobster pot is small enough for smaller lobsters to enter and exit freely, and that the lids are biodegradable. This supports the sustainable growth of lobster populations!

We’ve covered the difficulty of life as a lobster and life as a fisherman. In our next blog post, we’ll be covering the difficulties of transporting, storing and preparing these crustaceans for consumption!