Erosion Protection: The Bully and Victim

In brief -- CORROSION is a scientific process, plaguing industries and destroying items of value. As a result, it causes headaches, stress and financial losses. To that end, erosion protection and other preventive measures are obviously a necesity in order to minimize such deterioration.

CORROSION is the enemy! Accordingly, we're going to explain the science behind corrosion!

I’m going to break down corrosion and various methods of erosion protection with a traditional analogy:

A Bully, his Victim and an Interloper.

(NOTE: By no means do we mean to make light of bullying or its devastating effects. Further, if you or someone you know is being bullied, visit www.stopbullying.gov). 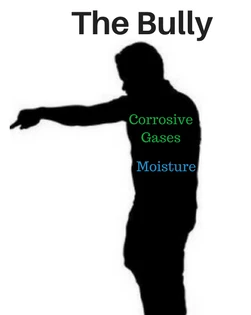 Put simply, the most common causes of corrosion are:

You can picture these elements as the bully in this analogy, picking on his victim (ferrous and non-ferrous metals). 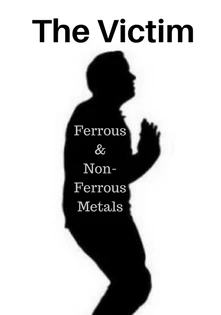 The metals that degrade by way of corrosion are the bully’s victims:

The bully’s effects on the victim are drastic. It doesn't matter if the influence of corrosion is immediate or drawn out over time. 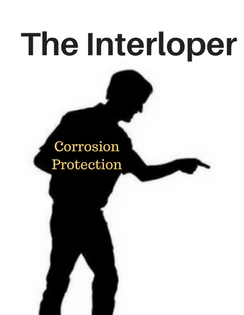 All things considered, the form of erosion protection used to protect metals can be thought of as the interloper:

These are the third parties who stand between the bully and his victim in an attempt to stop the caustic process. 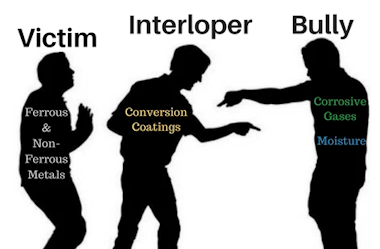 Conversion coatings are chemical and electro-chemical process in which a metal’s surface is converted into a derivative that’s more suited for corrosion inhibition.

In this analogy, a conversion coating is an interloper who attempts to train the victim how to defend himself. He gives him defense tactics, informing him of what to do when faced with the bully. 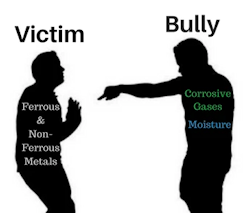 Second, conversion coatings wear away quickly when faced with friction.

This means that over the course of time, the conversion coating’s attempts at teaching the victim how to defend himself will be in vain. The persisting bully will overcome the victim’s new defense strategies and continue to affect him.

Volatile Corrosion Protection incorporates any compound-releasing storage materials that attempt to stop the corrosion and oxidation of ferrous & non-ferrous metals.

Emitting a vapor when stored in packaging, they coat the metal inside and form a barrier. Thusly, while VCP’s claim to protect metals from corrosion, in reality they compromise metals’ integrity.

However, over the course of time, the interloper begins to “smother” our victim. Also, his ongoing presence becomes just as much as a negative effect on the victim as the bully’s torments! 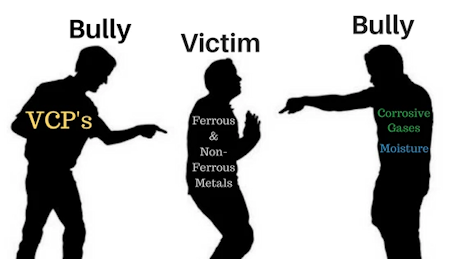 This is because VCP’s contain volatiles. The compounds released by VCP’s are oily, ineffective at preventing corrosion and their ingredients are mostly unknown.

As a matter of fact, other countries have banned the use of VCP’s due to the volatile chemicals they contain.

In effect, our VCP interloper eventually turns around and starts picking on the victim along with the bully himself!

The VCP and the bully spread their influence from our one defenseless victim to the ENTIRE PLAYGROUND of students, subjugating them to caustic and unhealthy behavior. 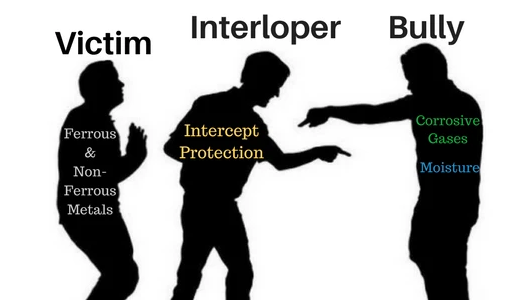 In conclusion, Intercept Technology surrounds metals with a blend of copper and plastic in order to protect them from corrosion. 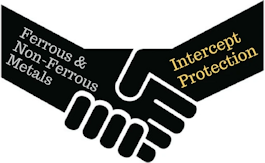 Basically, copper is naturally un-reactive, meaning it doesn’t undergo drastic chemical or structural changes when in contact with other elements.

In our analogy, Intercept packaging is an interloper that solves the victim’s bully problem. Standing in place of the victim, it takes on the bully’s caustic behavior, counteracting and neutralizing it.