Contending with atmospheric pollutants is something that most entities must sustain, no matter how big or small the operation. The US military is one of the biggest innovators in the world, listing its R&D budget at over $50 billion a year. Those innovators constantly look to innovate, it is in their DNA, but sometimes their stumbling block is finding inspiration.

The combination of recent innovations in robotics, artificial intelligence, materials, additive manufacturing, and nanoenergetics is changing our strategic dominance.

One of the military’s sources for inspiration is nature. There have been reasonable uses of nature, and animals, such as carrier pigeons, Hannibal’s snake bombs, surveillance dolphins. Also, surveillance sea lions, genetically modified mine sniffing mice, and others like pigeon guided missiles or cat spies.

Taking nature as inspiration has gone one step further with bio-mimicry in design. Wired.com recently reported one of the military’s newest inventions is a water drone that looks and swims like a shark. The article points out that one of the best places to draw inspiration from is billions of years of evolution.

Sharks have been around for hundreds of millions of years. Not quite billions, but for perspective -- humans have been around for approximately 200,000 years. During their tenure, sharks have evolved into what some proclaim as perfect predators or perfect machines. This new drone is about 5 feet long and has the capacity to be tether operated. The future applications for this seem vast. 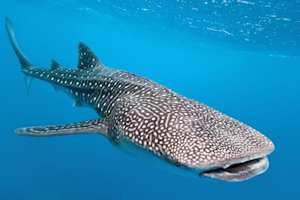 The Nature of Copper and Atmospheric Pollutants

Intercept Technology™ is largely based on the capability of copper to naturally react with atmospheric pollutants. Pollutants being, Sulfides, Hydrogen Chloride, Ozone, and Nitrous Compounds found in our air. Inside of an Intercept bag or container, pollutants react with and permanently bond with copper particles found in Intercept material. This cleansing reaction(s) creates an inert environment (a micro-environment) safe from corrosion and degradation.

This capability recently appeared in the news. Notably, when Paul Revere and Sam Adams’ 1795 time capsule, a copper box, was unearthed in the Boston Statehouse. The contents of which, were in good condition as the outside air could not penetrate the copper box. Intercept Technology™ capitalizes on this natural property of copper. Intercept Technology™ uses a high surface area copper reacted into plastic. This creates a usable form of packaging which provides safe and reliable protection.

When products need to respond the rigors of the real world, nature can be as good a place as any to draw inspiration. This is especially true, when evolution has developed elegant designs for you.