Recyclable packaging, and the idea of recycling or reusing items is not a new concept or idea. People have long “repurposed” items for other uses or other applications. Some of this repurposing is known as Yankee ingenuity. That is to say, the ability to get by with what you had and make it work for your application.

Basically, we now have advantages with the advent of new materials developed by chemistry. As a result, these advantages enable us to do more than simply repurpose things. Now, we can get more creative in ways of using our old and discarded items. The advent of plastics is one such example of new materials possessing the potential for reworking, reprocessing, reusing, and repurposing.

The creator of Frisbee® Golf was Mr. Edward "Steady Ed" Headrick. He utilized plastic flying saucers and the concept of a course in creating his game called Frisbee® Golf. The game continues to captivate users to this day. Upon his demise he wanted more than just mere association with his greatest invention. He wanted to literally "be part of" his creation. In his will, his last wish was to undergo cremation and have his remains used in the production of Frisbees®. While this is extreme it shows the extent that people will go to, in order to help lessen the impact on our environment. 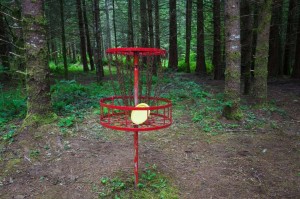 Lessening the impact on our environment was one of the stated goals in the development of the Intercept Technology™. Developed by John Franey from AT&T Bell Labs, Intercept Technology™ would later revolutionize the packaging industry and have worldwide implications. John needed to find a more reliable way to protect Bell Lab’s electronics, assemblies, boards and telecomm equipment. He developed a recyclable, reusable reactive polymer which provides permanent ESD protection and long term corrosion protection. Consequently, Intercept Technology™ obsoleted (by providing enhanced protection) foil laminated barrier and shielding bags (as neither are recyclable or reusable). The initial impact on the environment was actually in reducing greenhouse gas emissions.

Intercept gives industry a proven formula for success. In 2010, a study was commissioned by Alcatel-Lucent. The study showed the use of Intercept recyclable packaging to be a cornerstone for any eco-sustainability program. Reusability and recyclability, along with the resultant increases in product and asset reliability over traditional packaging, established a new precedent. Intercept proved to be the difference, and resulted in a 4000% reduction (40x) in Carbon Greenhouse Gas emissions. Result: 4000% Reduction in Greenhouse Gases. Part of this savings was due to not having to rework or remake boards and systems damaged by corrosion and/or ESD. If the products are made more robust by the packaging used, it reduces what packaging is available to be recycled.

So, there are many ways to look at environmental impact, recycling and repurposing. Send us an email, or call us directly at (847) 821-8280 to learn more.