Mold is the New Enemy of the Christmas Tree

From my childhood I always remember the Grinch trying to steal Christmas. The Grinch did not succeed thanks to the local townspeople. However, where he failed -- root rot caused by water mold in the soil might succeed.

How is this possible? As reported by CBS News Fir trees in the Northwest, namely Oregon, are at risk to the Phytophthora fungus.

This is a water mold contained in the soil that attacks the roots of these trees. This makes the problem an ongoing issue for future generations of trees. In fact, Oregon is the number 1 producer for Christmas trees, with nearly 5 million produced there in 2007, according to the National Christmas Tree Association (NTCA). That's more than twice the amount produced by North Carolina, 3.1 million which ranks that state as the number 2 producer. 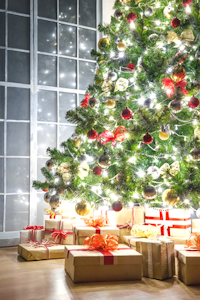 The Cost of Root Rot Through Soil Degradation

One study found that Phytophthora could cost Oregon over $300 million. In North Carolina farmers are losing a quarter of their Fir trees per year and are at risk of losing up to 80% before they get to market.

Farmers in North Carolina believe that Hurricane Fran, in 1996, was responsible for shifting the water-based mold to their soils. In addition, this was worsened by hurricane Ivan in 2004.

Many industries, more than just those involved in agriculture -- are liable to mold and fungus (contamination) problems. Moreover, these problems can have hefty price tags.

As known by ancient civilizations -- copper -- the active element in Intercept Technology, arrests molds and stops them in their tracks.

In closing, knowing there's a solution available is the first step in keeping problems like these from affecting your business. For more details about how Intercept Technology™ can help you, please phone us directly at (847) 821-8280 or send us an email.