Today’s blog post is part history lesson -- part cautionary tale, as so many history lessons are. 'Tis indeed, perhaps one of the most profound examples of the realities of corrosion damage.

The Epitome of Free Enterprise

Capitalism is the way of life in the United States. At no point was this economic system more prevalent than during the 1920’s. Also known as the Roaring 20’s, the early 20th century United States was in a state of extreme growth. As industrialism and production ran rampant throughout the country, more and more innovations were coming to fruition.

From aviation to air conditioners, huge advancements in science and everyday life were occurring. 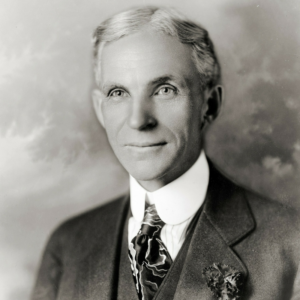 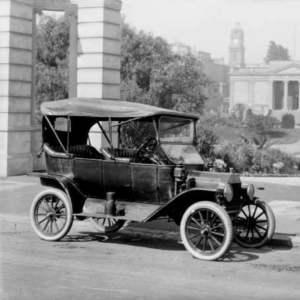 The Model T was unsophisticated even by 1920’s standards.

Henry Ford is perhaps most attributed as the embodiment of capitalism in the United States. Recognized both within his own time and in the present day as a man of enterprise.

While the Ford Motor Company got off to a slightly tumultuous start, Ford created an automobile affordable by nearly every family. This automotive became known as the Model T.

Introduced in 1908, the Model T became the best selling car in the United States for nearly 20 years.

Ford was able to offer the Model T at prices consistently lower than his competitors' by practicing vertical integration.

One of Ford’s attempts at vertical integration, however, amounted to a monumental failure. 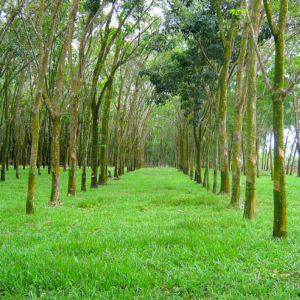 As mentioned above, Henry Ford’s industrialism and practices of vertical integration allowed him to excel at producing automobiles. Ford ran the manufacturing processes for each of the parts that went into his cars. Hence, he was able to cut out the “middle man” and drive down prices.

There was one crucial component, however, where Ford lacked full reign.

In the 1920’s, rubber was a hot commodity. Initially native to tropical climates, mass-produced rubber took many years to develop. It was eventually the British who were able to grow, cultivate and distribute rubber on a large scale. To the dismay of Henry Ford, this left the Ford Motor Company beholden to British enterprise.

As you might have guessed, this did not sit well with Henry Ford.

NOTE:  In both his business endeavors and personal life, Henry Ford was no fan of foreigners. His extreme racism and nationalistic disposition are often raised as criticisms.

Henry Ford had full control over every facet of production, with the exception of rubber for his tires - his competitive mindset eventually got the better of him. In 1928, Henry Ford set out to produce his own rubber. This meant setting up an operation in South America and navigating an entirely new set of challenges.

Sadly, Ford’s quest for rubber resulted in what some declare, “the biggest business failure in history”. 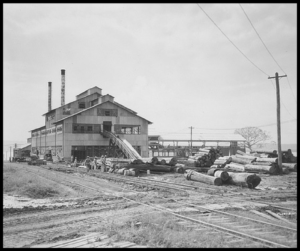 In search for a tropical climate suitable for his rubber growing operation, Ford eventually chose a 3,900 square mile section of land in northern Brazil.

Due to his purchase of such a large expanse of land – and hoping to develop industry in their country - the Brazilian government waived Ford’s import and export taxes for 50 years, gave him the right to deforest and develop as he saw fit and even granted him permission to dam rivers, if needed.

Brazil was Ford’s proverbial oyster. With total control, nothing would stop him from creating his new rubber settlement – or so he thought.

This new operation, which he named Fordlândia, was destined for catastrophe.

I am by no means a farmer, but I think we can all agree that agriculture is a difficult and temperamental undertaking. Without perfect conditions and precise planning, growing crops is almost always an exercise in futility.

Henry Ford’s Brazilian rubber plantation failed for a number of reasons. If we were to list all the variables here, this article would quickly become a novel. Instead, we’ll focus on the two primary reasons for failure: 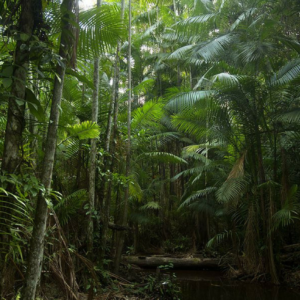 While rubber does naturally grow in rain forest habitats, the key to the British’s success in mass-producing rubber was that they grew it in more temperate climates.

So, while Henry Ford’s plan to grow rubber in Brazil made sense on paper, the logistics of Fordlândia’s growing operation proved much more difficult than anticipated.

As you might imagine, establishing a settlement on an entirely different continent takes a great deal of planning and equipment. Perhaps one of Ford’s biggest oversights was based on equipment storage.

At its peak, about 10,000 people - both native Brazilians and transplanted Americans - inhabited Fordlândia. The workers themselves were engineers, construction workers, farmers, cooking staff, and other laborers. These men and women were stretched fairly thin between erecting housing structures, implementing growing operations, and establishing supply lines.

As Ford bombarded the settlement with shipments of cargo - everything ranging from pre-fabricated homes to steam engines – the workers had an understandably tough time keeping up with the workflow. A great deal of equipment was left on the sides of waterways, unprotected and exposed to the elements.

Alas, corrosion damage was inevitable. As the high levels of humidity and heat quickly took their toll on the vast majority of all metal equipment, soon almost all of it was degraded beyond repair.

Calling it Quits After the Corrosion Damage 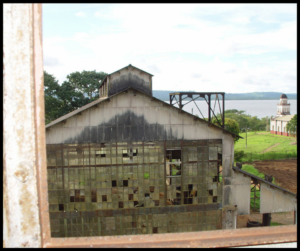 It wasn’t until 1934 that Henry Ford abandoned Fordlândia, after dumping an unfathomable amount of time, money, and effort into the project. The settlement is still in existence today, embedded in the rainforests of Brazil, serving as a cautionary tale to those considering an equally large undertaking.

It’s of the utmost importance to understand all the aspects of a business operation before deciding to embark on the endeavor. While Henry Ford’s attempt at a rubber plantation seems extremely foolish today, at the time it was a groundbreaking idea.

If only Henry Ford had had access to Static Intercept™ Technology’s corrosion damage prevention systems, perhaps Fordlândia would have succeeded!