Our ESD materials safely dissipate the electrostatic charge that builds up due to the component moving around inside of packaging. This also applies to electrostatic charges that build up from workers unpacking the product walking to their workstations. Static electricity even in small doses, imperceptible to the touch, can have dire effects on your business.

Do You Know Where The Captioned Pictures Are From?

It could be from any dining room, café, or restaurant from the first 70 of the last 100 years. But there is something special about this one; it is from the dining room of the Hindenburg from April 1937. This photo captures a moment in time, from about a month before the blimp burst into flames. after a transatlantic flight. As history records it, it would explode while coming into a tower dock. Many witnesses would repeat a common claim. The sight of a blue discharge and fluttering fabric of the balloon material. According to that testimony, this disaster was due to a combination of torn material and a natural phenomenon (known as ESD).

First, the blimp’s outer layer tore, which explains the fluttering fabric. Ultimately, the part of it which tore fluttered while pressurized and flammable gas leaked out. We regret the loss of life that would occur on that tragic day. It's important, as with any tragedy, to learn from the accident to help prevent a similar occurrence in the future. 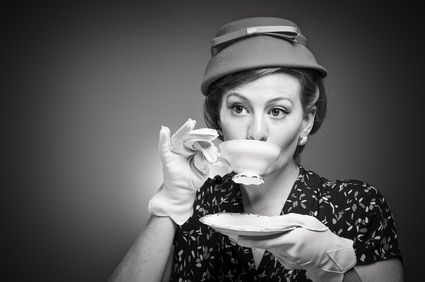 The blue discharge is a bit more complicated. It is believed to be St. Elmo’s Fire. The Hindenburg was half a day late on its ocean crossing. It was storming at the landing area in New Jersey so the blimp took its time over New York City. Citizens flooded the streets to see the big blimp, famous pictures of this passage still exist. But, once the storm subsided the blimp continued onto its destination.

How This Relates To ESD

Storms create electrical disturbances. Often at the end of a storm the clouds stay charged. This electrical imbalance in the clouds has a natural drive to be neutralized or grounded, by connecting electrically to earth. Balancing electrons from the ground gather at the highest point they can to disperse back into the atmosphere. In this case it was at the top of the landing tower. When electrons in this state reach a certain voltage they can spark and can create a blue discharge. This discharge, along with the rushing gas from the blimp, creates an environment primed for catastrophe.

St. Elmo’s fire is known because it creates a faux flame which is actually a Physics Phenomena called Plasma. This plasma is caused by a very high energy that is applied to matter. It causes a disassociation of gaseous atoms from each other so they are free-formed and flow unlike other forms of matter. Sailors watch the tops of their masts for it. You can also see it on airplane tips or high points during a storm. The point I am getting at is that no matter the circumstance the basic properties of physics are at work as in the Sun or a neon light.

I urge you to prepare better, so as not to end up like the unsuspecting people in the picture. Our customers use our Static Intercept® films and bags in order to ensure permanent, humidity independent ESD protection. Humans commonly feel ESD by way of a spark (or jolt), a spark we most often feel during winter time when reaching for a doorknob. In order for humans to feel the electrical discharge it has to be at least 7,000 volts, much less than St. Elmo’s fire, but much more than it takes to damage sensitive electronics or electrical equipment.

Many computer chips or motherboards cost thousands of dollars each. The right packaging saves sensitive materials from damage. We proudly do so, with our clean and proven Intercept Technology. Static Intercept® meets approval for Space Flight. It also meets the most stringent cleanliness and contamination standards, while providing that all-important permanent ESD protection.

Come back to learn more about how corrosion and ESD impacts our daily lives. For help with protecting your products against ESD damage, please email us.