The history of Daylight Saving Time is long and fairly complex. The original designer is either Benjamin Franklin in 1784 or George Vernon Hudson in 1895, depending on whom you ask.

The Evolution of Daylight Saving Time

It's use during the First World War saw a brief hiatus. It became popular again during the Second World War. For twenty years afterwards, Daylight Saving Time in the United States was not enacted by everyone.

The Uniform Time Act of 1966 proclaimd, and as a result -- standardized when the time changes. Even so, local towns can and do opt to exempt from it.

The implicit reason for standardized time is that urban societies have for the most part replaced farming. When you're working according to sunrise and sunset, it doesn't matter what a clock says. In modern society, everyone is on the same clock. This concept is why a few hundred years between inventing it and enacting it are a matter of record. During this time societies made the shift from farming to being urban. 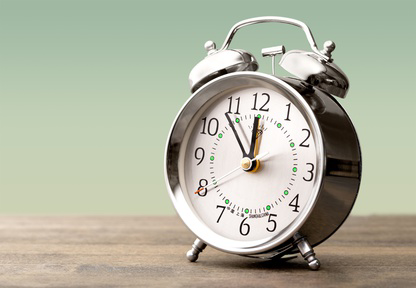 Daylight Saving Time allows for more daylight in the morning. Many insist it is safer for early morning commuters (such as children going to school). Look at the past and the main reason becomes clear. Daylight Saving Time is a matter of dollars and cents.

Benjamin Franklin's Daylight Saving Time essay (An Economical Project for Diminishing the Cost of Light) is ingenious. The time change during the wars did indeed save fuel. The ’70s went on to reveal a savings of nearly 10,000 barrels of oil per day.

The implicit reasons for change relate to necessity or money. While these often connect, Intercept Technology™ offers both.

Many European countries are changing their rules -- i.e., oil coated plastics are hazardous and unfit for recycling. The United States is not far behind on many of these changes.