Coral is a vital part of the underwater ecosystem but the temperature of the sea has been affecting coral. Specifically, killing (an estimated) 25% of it, bleaching large swaths of it, and making it difficult for new natural coral to grow.

Humans have been working on ways to spur on new growth of coral to replace what has already died. This New York Times article outlines how some scientists believe they've discovered how to dramatically increase the growth of new coral. The “eureka moment” happened when one scientist realized that tiny spores, or polyps, remained at the bottom of his tank when he broke off a larger piece. Said spores, not only didn’t die, but grew very rapidly. Scientists have realized that the small pieces grow quickly. In part, they theorize, because the living coral does not want something else to infringe on its territory. Thusly, it grows quickly to recover open ground. 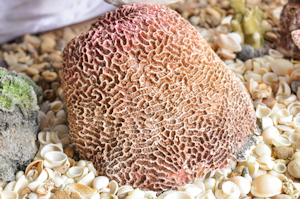 This BBC article explains that new coral can regrow quickly. That is, when it has the luxury of the skeleton of dead, or bleached, coral to structure its growth. These ideas taken together seem to point to the conclusion that surface area is vital to coral’s continued growth. This is especially true, for something that depends on photosynthesis.

Surface area is important when contact is necessary. Many important concepts (other than just photosynthesis) depend on surface area. Of importance, for example, are corrosion and degradation. Whether corrosion is found on jewelry or aerospace parts it depends on interaction with air molecules on the parts surface. More importantly, Intercept Technology™ -- which can prevent corrosion, depends on surface area.